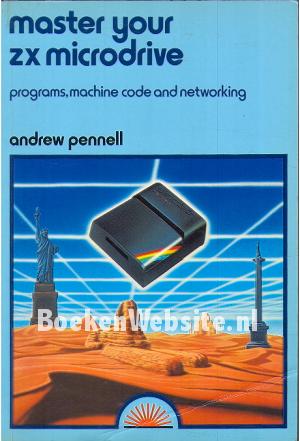 Programs, machine code and networking. Master the ZX Microdrive contains all the information you will ever need to use the Zx Microdrive to the full. Clearly explained, with many examples, it is equally suitable for the relative newcomer to BASIC through to the experienced machine code programmer.

The fundamentals of streams and channels are explained. There is a major section devoted to file handling which explains many features normally only available on disc based machines, including the creation of programs files from BASIC.

The book also includes a major database program for use with the microdrive and a chapter explaining how to protect programs. As well as microdrive the two other features of the Zx Interface 1 are explained- the RS232 port and networking.

Extensive details are given about how to use the RS232 as a network for machine code including explanations of the major ROM routines. A program that adds easy to use commands for the microdrive is included with a full explanation of how to add more of your own.

Master your ZX Microdrive is the definitve guide for users.